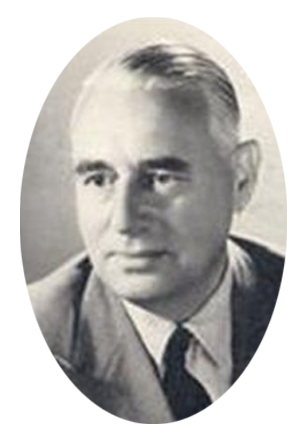 As a basis for our discussion, we postulate that obesity in all its many forms is due to abnormal functioning of some part of the body. Every ounce of abnormally accumulated fat is always the result of the same disorder of specific regulatory charisms. Persons suffering from this particular disorder will get fat regardless of whether they overeat, usually or less than usual. A person who is free of the condition will never get fat, even if he frequently devours. Those in whom the disorder is severe will accumulate fat very rapidly. Those in whom it is moderate will gradually increase in weight, and those in whom it is mild may be able to keep their excess weight stationary for long periods.

While there are significant variations in the severity of obesity, we shall consider all the different forms in both sexes and at all ages as always due to the same disorder. Variations in form would then be partly a matter of degree, partly an inherited bodily constitution, and partly the result of a secondary involvement of endocrine glands such as the pituitary, the thyroid, the adrenals the sex glands.

On the other hand, we postulate that no deficiency of any of these glands can ever directly produce the common disorder known as obesity. If this reasoning is correct, it follows that a treatment aimed at curing the condition must be equally effective in both sexes, at all ages, and in all forms of obesity. Unless this is so, we are entitled to harbor grave doubts about whether a given treatment corrects the underlying disorder.

Moreover, any claim that the disorder has been corrected must be substantiated by the ability of the patient to eat usually any food he pleases without regaining abnormal fat after treatment. Only if these conditions are fulfilled can we legitimately speak of curing obesity rather than of reducing weight. Thus, our problem presents itself as an inquiry into the localization and the nature of the disorder, leading to obesity. The history of this inquiry is a long series of high hopes and bitter disappointments. 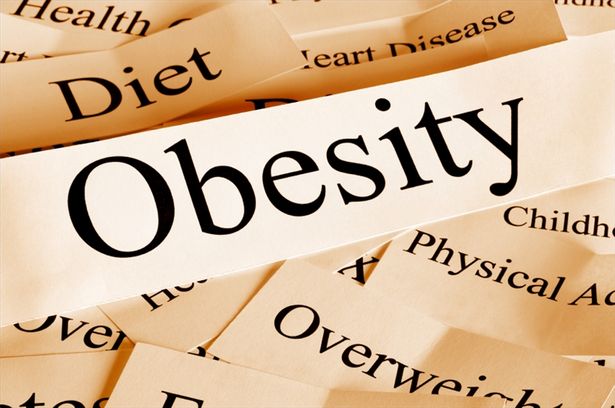 Assuming that there is a limit to the diencephalon’s fat banking capacity., it follows that there are three primary ways in which obesity can become manifest. The first is that the fat-banking ability is abnormally low from birth. Such a congenitally low diencephalic capacity would then represent the inherited factor in obesity. When this abnormal trait is markedly present, obesity will develop at an early age despite regular feeding; this could explain why among brothers and sisters eating the same food at the same table, some become obese and others do not.

The second way obesity can become established is to lower a previously normal fat-banking capacity due to some other diencephalic disorder. It seems to be a general rule that when one of the many diencephalic centers is particularly overtaxed, it tries to increase its capacity at the expense of other centers. In menopause and after castration, the hormones previously produced in the sex-glands no longer circulate in the body. In the presence of normally functioning sex-glands, their hormones act as a brake on the secretion of the sex-gland stimulating hormones of the anterior pituitary. When this brake is removed, the anterior pituitary enormously increases its output of these sex gland stimulating hormones, though they are now no longer effective. In the absence of any response from the non-functioning or missing sex glands, there is nothing to stop the anterior pituitary from producing more and more of these hormones. This situation causes an excessive strain on the diencephalic center, which controls the anterior pituitary function. To cope with this additional burden, the center appears to draw more and more energy away from other centers, such as those concerned with emotional stability, blood circulation (hot flushes), and other autonomous nervous regulations, particularly also from the not so vitally important fat-bank. The so-called stable type of diabetes involves the diencephalic blood sugar-regulating center; the diencephalon tries to meet this abnormal load by switching energy destined for the fat bank over to the sugar-regulating center, with the result that the fat-banking capacity is reduced to the point at which it is forced to establish a fixed deposit and thus initiate the disorder we call obesity. In this case, one would have to consider diabetes the primary cause of obesity. Still, it is also possible that the process is reversed in the sense that a short or overworked fat center draws energy from the sugar-center, in which case obesity would be the cause of that type of diabetes in which the pancreas is not primarily involved. Finally, it is conceivable that in Cushing’s syndrome, those symptoms which resemble obesity are entirely due to the withdrawal of energy from the diencephalic fat-bank to make it available to the highly disturbed center which governs the anterior pituitary adrenocortical system. Whether obesity is caused by a marked inherited deficiency of the fat-center or by some entirely different diencephalic regulatory disorder, its insurgence has nothing to do with overeating. In either case, obesity is sure to develop regardless of dietary restrictions. In these cases, any enforced food deficit is made up of essential fat reserves and normal structural fat, much to the disadvantage of the patient’s general health.

3. The Exhaustion of the Fat-bank

But there is still a third way in which obesity can become established. That is when a presumably everyday fat-center is suddenly (with emphasis on suddenly) called upon to deal with an enormous influx of food far more than momentary requirements. At first glance, it does seem that here we have a straightforward case of overeating being responsible for obesity. Still, on further analysis, it soon becomes clear that cause and effect are not so simple. In the first place, we are merely assuming that the capacity of the fat center is average. At the same time, it is possible and even probable that the only persons who have some inherited trait in this direction can become obese merely by overeating. Secondly, in many of these cases, the amount of food eaten remains the same. It is only the consumption of fuel that is suddenly decreased, as when an athlete is confined to bed for many weeks with a broken bone or when a man leading a highly active life is suddenly tied to his desk in an office and television at home.

Similarly, when a person, grown up in a cold climate, is transferred to a tropical country and continues to eat as before, he may develop obesity because heat far less fuel is required to maintain the average body temperature. When a person suffers a long period of deprivation, be it due to chronic illness, poverty, famine, or the difficulties of war, his diencephalic regulations adjust themselves to some extent to the low food intake. When these conditions suddenly change and free to eat all the food he wants, this is liable to overwhelm his fat-regulating center. During WWII, about 6000 grossly underfed Polish refugees who had spent harrowing years in Russia were transferred to a camp in India where they were well housed, given regular British army rations and some cash to buy a few extras. Within about three months, 85% were suffering from obesity. In a person eating coarse and unrefined food, the digestion is slow, and only a little nourishment at a time is assimilated from the intestinal tract. When such a person can suddenly obtain highly refined foods such as sugar, white flour, butter, and oil, these are so rapidly digested and assimilated that the rush of incoming fuel which occurs at every meal may eventually overpower the diencephalic regulatory mechanisms and thus lead to obesity. This is commonly seen in the poor man who suddenly becomes rich enough to buy the more expensive refined foods, though his total caloric intake remains the same or is even less than before.

Three Kinds of Fat In the human body

The structural fat which fills the gaps between various organs, a sort of packing material. Structural fat also performs such essential functions as bedding the kidneys in soft elastic tissue, protecting the coronary arteries, and keeping the skin smooth and taut. It also provides the springy cushion of hard fat under the bones of the feet, without which we would be unable to walk.

Type of fat is a usual reserve of fuel upon which the body can freely draw when the nutritional income from the intestinal tract is insufficient to meet the demand. Such regular resources are localized all over the body. Fat is a substance that packs the highest caloric value into the smallest space. Normal reserves of fuel for muscular activity and the maintenance of body temperature can be most economically stored in this form. Both these types of fat, structural and resource, are standard, and even if the body stocks them to capacity, this can never be called obesity.

Type of fat, which is entirely abnormal. It is the accumulation of such fat and such fat only, from which the overweight patient suffers. This abnormal fat is also a potential reserve of fuel, but it is not available to the body in a nutritional emergency, unlike regular resources. It is locked away in a fixed deposit and is not kept in a current account, as are the normal reserves.

When an obese patient tries to reduce by starving himself, he will first lose his normal fat reserves. When these are exhausted, he begins to burn up structural fat. Only as a last resort will the body yield its abnormal reserves, though, by that time, the patient usually feels so weak and hungry that the diet is abandoned for this reason that obese patients complain that when they diet, they lose the wrong fat. They feel famished and tired, and their face becomes drawn and haggard, but their belly, hips, thighs, and upper arms show slight improvement. The fat they have come to detest stays on, and the fat they need to cover their bones gets less and less. Their skin wrinkles, and they look old and miserable. And that is one of the most frustrating and depressing experiences a human being can have.

Human Chorionic Gonadotrophin is not a Sex Hormone

It cannot be sufficiently emphasized that it is not a sex hormone. Its action is identical in men, women, children and in those cases in which the sex-glands no longer function due to old age or surgical removal. The only sexual change it can bring about after puberty is an improvement of a pre-existing deficiency. But never stimulation beyond the normal. Indirectly via the anterior pituitary, it regulates menstruation and facilitates conception, but it never virilizes a woman or feminizes a man. It neither makes men grow breasts nor does it interfere with their virility, though where this was deficient, it may improve it. It never makes women grow a beard or develop a gruff voice.